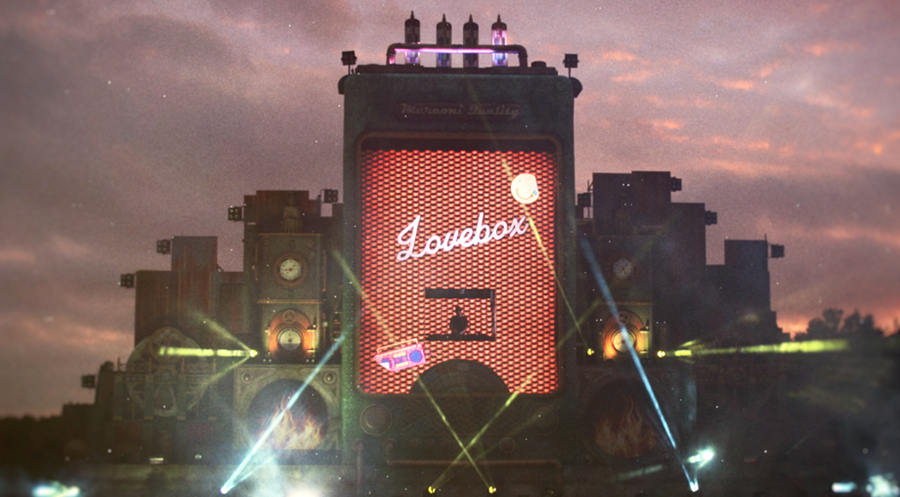 The 15 metre tall, fire breathing, steampunk Marconi radio dominated the skyline at LOVEBOX FESTIVAL first in 2017 and then returned for 2019.

We were tasked with creating subtly branded steampunk video set extensions and DJ Names alongside our VJ show. Custom realtime visualisers and cameras were also  added into the mix.

In 2019 the Transistor stage returned this time with a sponsor (BLU), we created branding to blend with our graphics mix with some new steampunk elements, and added video fx to match with the real world pyro show. 2019’s events was carried through to the Sunday under the guise CITADEL