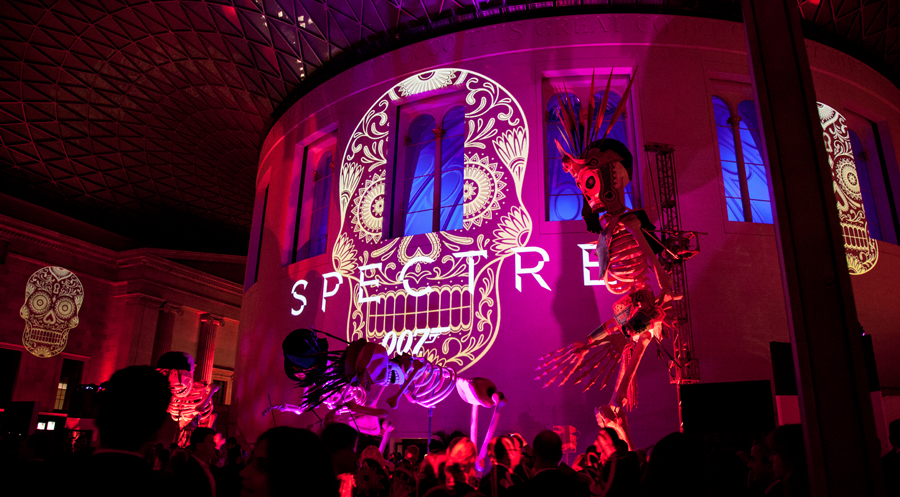 The exclusive “invitation only” after-party was held at the British Museum. Bond’s DB10 and Mr. Hinx’ Jaguar were parked outside. Inside, the film’s Day of the Dead theme carried over complete with costumed dancers and papier mâché skeletons which were present throughout the venue.

Projection covered the 4 corners of the space along with a huge curved projection covering the rotunda consisting of 26 Projectors, 13 Outputs using a 22287 x 1200 Pixel Canvas

Digital Insanity created 18 Immersive Video Environments which were played throughout the evening’s events.

Digital Insanity provided the content for the red carpet event in Mexico City.