STAR WARS - THE RISE OF SKYWALKER 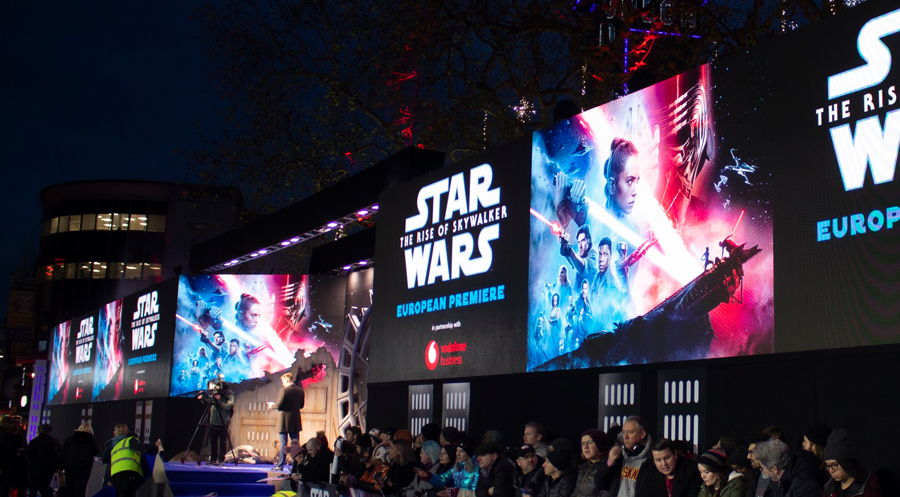 The European premiere of Star Wars: The Rise of Skywalker – the ninth and final film in the Skywalker saga – was held at Cineworld in Leicester Square, London. Lead stars Daisy Ridley and John Boyega lit up the red carpet, as did a showcase of stormtroopers led by Darth Vader.

An LED screen spanning the length of Leicester Square with a centrepiece stage resembling the crashed Deathstar from the movie played the perfect setting for the European Premiere of the last movie in the Skywalker Saga.

We provided content and video playback services for this red carpet event.