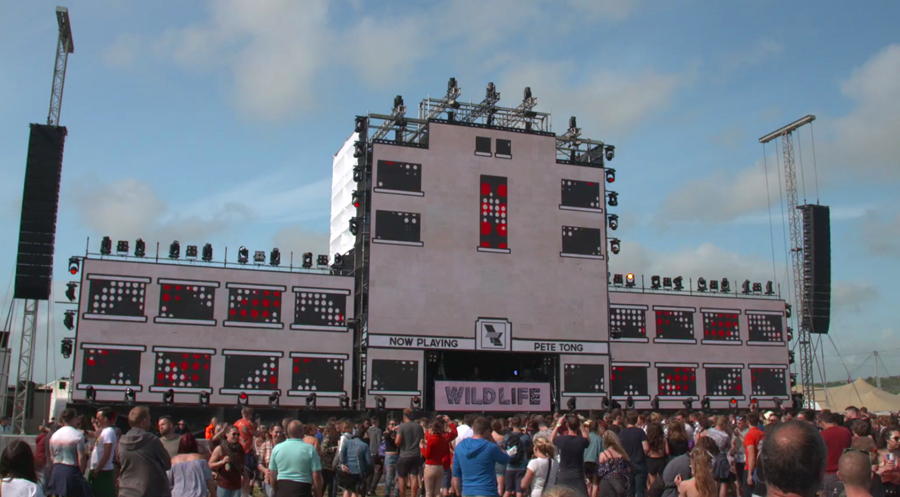 Wildlife is a music festival held at Brighton’s City Airport and curated by Disclosure and Rudimental. The airport itself has a stunning Art Deco terminal building which is what was recreated on the opposite end of the site to play host to the THE WAREHOUSE PROJECT’s stage. Starting life as an LED/PROJECTION combo and evolving into a full LED facade, this stage had some of the best DJ’s in the world grace its decks including Carl Cox, Adam Beyer, Rudimental, Disclosure, Gorgon City, Fat Boy Slim, Jonas Rathsman, Eric Prydz and DJ EZ.

This festival quickly became one of Digital Insanity’s favourites of the summer season, as we provided Custom Content and VJ Show. The music was just on point ALL day, EVERY day.

“I’ve had the pleasure of working with Digital Insanity on a load of shows over the years, and have never been disappointed with the personal and friendly service i’ve received , the graphical content is always first class backed up with an awesome technical knowledge.”